Posted on February 28, 2015 by Christopher Chase

Anthony Cody’s article from last year Classrooms of the Future: Student Centered or Device Centered offers a very important analysis, looking at the hidden agenda of Common Core and the technology industry. Anthony believes that the goal of “aligning” tests and curriculum with Common Core is to “standardize” education the way computers and other forms of technology are standardized. This helps to explain why Bill Gates has poured so much money into Common Core and testing.

Think about your PC, all top-selling computers (with the exception of Apple) have the same standard design. That’s what allows Gates’s Microsoft company to maintain a global monopoly with their operating system. Whether your computer is made by Dell, Sony, HP, Samsung or Toshiba they are all configured to the same global industry standards, aligned with Microsoft Windows’ software.

Gates and others from the business, technology and financial industries see education as a new multi-billion dollar international market, especially if the Common Core standards go global. There is a not-so-hidden agenda here to take professional teachers, local communities and national differences out of the equation.  Anthony quotes Margo Day, the vice president of U.S. Education, for Microsoft:

“Personalized learning for every student is a worthy and aspirational goal. By combining the power of touch, type, digital inking, multitasking and split-screen capabilities that Windows 8 with Office 365 provides with these new Pearson applications, we’re one step closer to enabling an interactive and personalized learning environment.”

This is an attempt to give us an updated hi-tech version of the factory school model, first developed at the beginning of the last century. They are using the terms individualized and personalized as a marketing strategy, a way of hiding the truth that these technologies are standardized. Local autonomy, creativity and differences in study are to be eliminated. Student and teacher relationships are no longer central. As Anthony explains:

“In this mode of instruction, these devices become the mediator of almost every academic interaction between students and their teacher, and even one another. Students are assigned work on the device, they perform their work on the device, they share work through the device, and they receive feedback via the device. What is more, the means by which learning is measured—the standardized test—will also be via this device.

Of course the teacher has the ability to oversee and monitor the assignments the device is making, but the whole idea is to automate this process. And this is happening in an environment where there is a clear desire to increase class sizes. Thus we have “personalization” via digital device, at the same time we make teacher-student relationships far more difficult because budget constraints are increasing class sizes..” 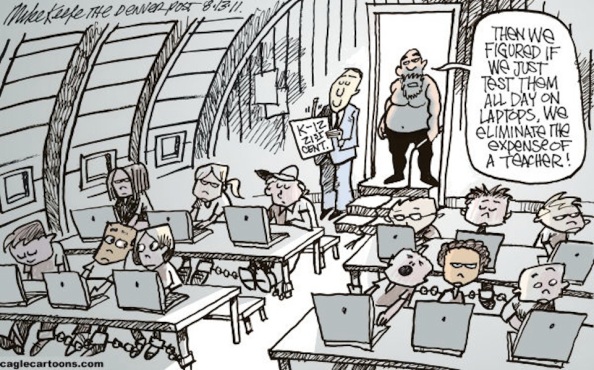 I believe that Anthony is right, that this is the hidden agenda behind both the standards and the data collection being planned. Common Core needs to be linked with computer testing and access to individual student data, in order for the technology industries to come in and make more of a profit.

Actually, to call this a hidden agenda is not quite accurate. This is the stated goal of the “Adaptive Learning Revolution” being planned by a certain faction within the technology industry. They want to transform schools in a very radical and mechanistic way. Key to all of this is a centralized system of personal data collection. The phrases personalized and individualized are trojan horses used to gain access and control over student personal data. It’s the only way to take teachers out of the equation, in their view. From the TIME magazine article linked above:

“Through sophisticated, real-time analysis of reams of student performance data, adaptive learning technology could lead to the end of the one-size-fits-all curriculum, making personalized education available to more kids than ever before. As a result, it’s a hot concept, embraced by education reformers who see it as key to solving one of America’s most persistent problems, and by heavyweights in Silicon Valley, who are betting that the reformers are right—and that the solutions will be lucrative.

Among the leaders in this emerging field is Knewton, a New York City-based start-up with deep pockets and bold claims about its potential to revolutionize how students learn. The company’s ultimate goal? A learning profile for every student — a sort of anonymous permanent record that travels from school years through college and onto employment. Think of it like the statistics on the back of a baseball card (though with a string of numbers in place of the player’s name).

“There’s going to be one company in the world that does this,” Jose Ferreira, Knewton’s high-motored founder and CEO, told me. “I think it’s going to be us because we’re so far ahead now.”

Understanding the larger “plan” helps to explain why so much emphasis by the reformers is being placed right now on “common” standards and testing. Over time they will be investing billions to develop more “user-friendly” data collection methods and technologies, that children enjoy, but the goal will be the same. They want to plug our kids into technology, collect the data, and then shape, monitor and control their learning.

Meanwhile, where are the smarter Silicon Valley folks sending their children? As the N.Y. Times reported, in this article, at the Waldorf School of the Peninsula, there are no computers to be found. Children are expected to work on hands-on projects, with art materials, reading books, making music, etc.

“The chief technology officer of eBay sends his children to a nine-classroom school here. So do employees of Silicon Valley giants like Google, Apple, Yahoo and Hewlett-Packard. But the school’s chief teaching tools are anything but high-tech: pens and paper, knitting needles and, occasionally, mud. Not a computer to be found. No screens at all. They are not allowed in the classroom, and the school even frowns on their use at home.

Schools nationwide have rushed to supply their classrooms with computers, and many policy makers say it is foolish to do otherwise. But the contrarian point of view can be found at the epicenter of the tech economy, where some parents and educators have a message: computers and schools don’t mix.”

At times it seems like there are two revolutions being planed, one for the children of the clever, wealthy and powerful, and one for the children of everyone else. But it doesn’t have to be this way. The paradigm of the future is creative, localized, community-centered and learner-centered, not technology-centered, test-centered or standards-centered. So-called reformers like Gates know this, and are providing such an education for their children, but are being deceptive.

I sometimes wonder if we would be fighting Common Core if Steve Jobs were still alive. Apple always enjoyed their niche of the market, providing technologies that encouraged creativity and autonomy, but they never tried to collect data and control content like this. Bill Gates, on the other hand, has always had a monopoly, focusing more on maintaining dominance and expanding market than encouraging autonomy and creativity. After Steve Jobs died, Gates began to expand his mechanistic “empire building” approach into education, a field where Jobs had been more prominent.

Anyway, what can we do about this?  Don’t over-use technologies, encourage your students and children to read more books, to be creative and self-directed with their learning, organize with others to fight Common Core standards, take control locally and opt-out from standardized testing.

They have the money and the technology, but we have the people and the power. Viva la resistance!!! 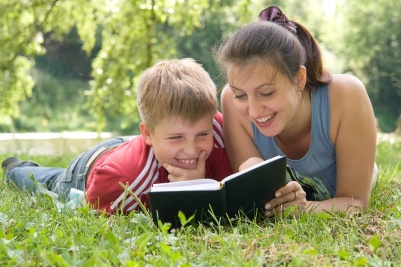 “It is understandable why people who have made their fortunes on the transformation of commerce and industry through the almighty combination of computers, software, data and the internet would project a similar revolution in our schools. However, there is a fundamental difference between commerce and the classroom. Our students learn in a social environment in which human relationships remain central. A model which makes a device central to the learning process is flawed.

These devices have some value as tools. I am not suggesting they be abandoned. I am suggesting that they are being greatly oversold, and the imperative to standardize our classrooms so they become uniform “sockets” that will allow these devices to readily plug in is misguided. We stand to lose far more from this stultifying standardization than these devices can ever provide.” ~Anthony Cody

* More Than Just Test Scores, by Henry Levin * Self-Direction is the Key to Mastery  * A Nation’s Schools Reveals Our Hearts – John Kuhn * Flow- The Psychology of Optimal Experience * Understanding How Our Brains Learn  * Every Child is an Artist by Nature * Toward a More Creative & Holistic Model of Education * Educational Malpractice – The Child Manufacturing Process * Walmart, Gates, Hedge Funds & Charter Schools (Business Insider) * Real Learning is a Creative Process  *