Shifting Paradigms: Aligning with the Wisdom of Nature

Posted on January 18, 2015 by Christopher Chase

“See simplicity in the complicated, Seek greatness in small things. In the Universe, the difficult things are done as if they were easy.” ~Lao Tsu, Tao Te Ching 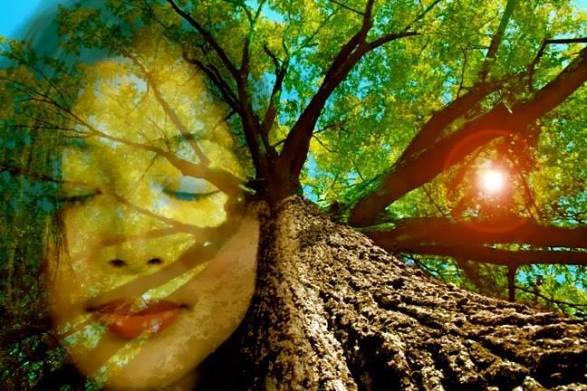 For decades now, the human species has been at a crucial turning point in our evolution upon this planet. Einstein saw this very clearly, and during the 1960’s a counter-culture arose in Western societies, a global generation that questioned the predatory and compartmentalized thinking of modern civilizations.

Millions of people marched in the streets, calling for peace, equality, an end to racism, respect for indigenous people and protection of the natural world. Coinciding with the first photographs of our planet from space, young people celebrated with new forms of music, spirituality and creative expression. 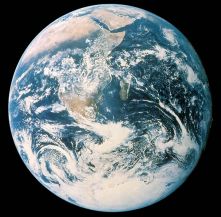 “When we humans were finally able to look back and see the fragile beauty of our home planet from space, it represented a crucial turning point, both symbolically and historically… When we experience the deeply moving beauty of the Earth seen from space, and intuitively realize that all life is bound together, facing a common fate, we automatically sense ourselves as participants in life’s tapestry, not as disembodied spectators.” ~David Fideler, The Cosmopolis Project

Unfortunately- as time passed, the sense of unity and vision of the sixties started to fade for many people. Perhaps the dream of living in tune with Nature and shifting Civilization’s paradigm seemed unrealistic, the calls for absolute freedom and equality destabilizing, a threat for those in positions of power?

By the end of the 1970’s the culture of materialism came back in full force. Civilization’s people were lulled to sleep again, overwhelmed by the demands of careers and economics, seduced by the hypnotic spell of new cars and color television sets, beautiful homes, delicious foods and other fabrications of Wall Street’s consumer marketing sorcery.

For the Natural world and less “developed” cultures, the nightmare of wealthy nations’ insatiable desire for resources, materials and endless “growth” continued in full force. As Alan Watts, Noam Chomsky and others have described- wars, poverty, terrorism, crime, political corruption, ecological destruction and economic instability have become chronic symptoms of a Civilization in Crisis.

Meanwhile, all around (and within) us, most of the Universe moves to a different paradigm, a more natural and balanced beat. Our physical bodies function as a harmonious whole, all the cells and systems working together as one, in synch with the surrounding world.

We breathe in oxygen given to us by the trees, drink water from lakes and springs, take in materials from trees and plants that grow in the earth, their leaves gathering energy from our local star, the sun. Every moment of our lives, whether we are aware of it or not, we live in unity and intimate connection with the creative wisdom of the natural world.

“If you see yourself in the correct way, you are as much extraordinary phenomena of Nature as trees, clouds, the patterns in running water, the flickering of fire, the arrangement of the stars, and the form of a galaxy…” ~Alan Watts 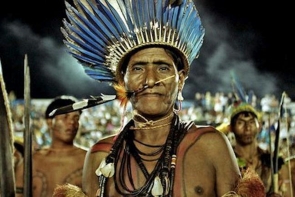 Einstein saw this, likewise many indigenous cultures have had this awareness. While they did not “develop” technologically over the past few thousand years, most small tribal communities observed their local environments carefully, and learned to live in sustainable harmony with Mother Earth. They lived in synch with Nature’s Paradigm, keenly aware of the sacred interdependence of all things.

Thinking and behavior that is in tune with Nature’s wisdom is more compassionate and holistic than the mechanistic ways of complex civilizations. All it requires is mindful observation, curiosity, a creative imagination and a peaceful heart. Jesus and Buddha understood this, as did Lao Tsu, Maria Montessori, Walt Whitman and Henry David Thoreau.

In fact, exploring the difference between these two ways of behaving and thinking (one peaceful, generous and loving, the other fearful, greedy and power seeking) has been a central theme of poetry, literature, movies, spiritual teachings and myths across many cultures and down through the ages. In Western cultures, it’s often been our artists who have seen more clearly and tried to help us to open our hearts and transform our thinking. 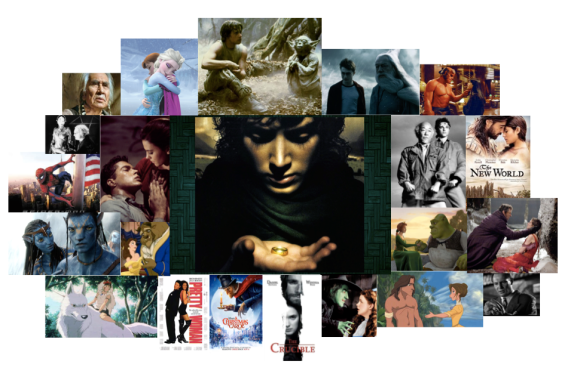 Seeing more clearly is not really complicated, it’s grounded in the way we saw and  experienced the world as children. At the 1992 Earth Summit in Rio, a 12 year old girl named Severn Suzuki gave a powerful demonstration of thinking in tune with the Wisdom of Nature, that moved her adult audience to respectful silence (see video and transcript).

“In my life, I have dreamt of seeing the great herds of wild animals, jungles and rain forests full of birds and butterflies, but now I wonder if they will even exist for my children to see. Did you have to worry about these little things when you were my age? 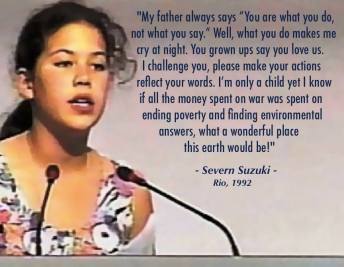 I’m only a child yet I know if all the money spent on war was spent on ending poverty and finding environmental answers, what a wonderful place this earth would be!” 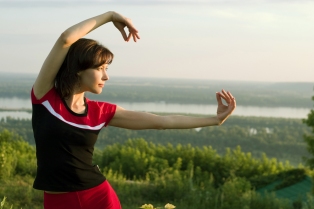 As young Severn understood, wisdom is knowing (and caring) about how we are all connected to one another, and how our actions influence the world.

Such wisdom is simple and intuitive in nature, and has been expressed by countless human beings down through the centuries. It can be learned from books, movies, friends and teachers, and by observing the natural world directly.

In Eastern cultures, spiritual practices such as meditation, yoga and tai chi were developed to help people quiet their fearful thoughts, get in tune with the natural wisdom of their bodies, to open their hearts and move in synch with the rhythms of the Universe.

The challenge for our species now is to honor, prioritize, teach and apply that natural wisdom successfully, to experience and live by it. We need to recognize “that the universe is rational and that [our] highest destiny is to ponder it and co-create with its laws,” as Einstein put it… before it’s too late.

“Knowledge without deep comprehension, imagination and compassion is just a more complex form of ignorance. We need to shift paradigms, to grow wiser, all of us, especially the dominant cultures and civilizations. We are good at building machines, because we have learned to think mechanistically. Such thinking got us to the moon, but it’s never going to solve the social and ecological problems that it helped to create.” ~Systems Thinking: Seeing How Everything is Connected 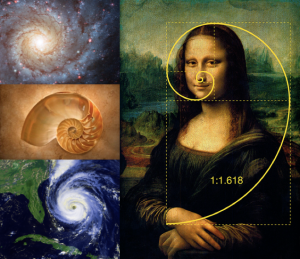 “Learn how to see, realize that everything connects to everything else.”
~Leonardo Da Vinci~

“The basic laws of the universe are simple, but because our senses are limited, we can’t grasp them. There is a pattern in creation.”      ~Albert Einstein

“Creating a society that goes against human nature is what creates the suffering… We live in a completely unnatural society, that actually tramples on what it means to be a human being. That’s the essence of suffering, and there are so many ways in which our society does that.”  ~Dr Gabor Mate

“As a species, we are on the cusp of an evolutionary choice. Standing at the dawn of this perfect storm, we find ourselves at the beginning of a process of civilizational transition. As the old paradigm dies, a new paradigm is born. And many people around the world are already making the evolutionary choice to step away from the old, and embrace the new.” ~Nafeez Ahmed 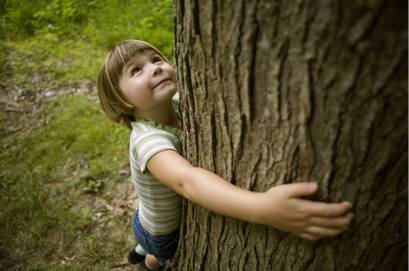 “You are a child of the universe, no less than the trees and the stars; you have a right to be here… Keep peace in your soul. With all its sham, drudgery and broken dreams; it is still a beautiful world.”  ~ Max Ehrmann (Desiderata, 1927)

“Be as simple as you can be; you will be astonished to see how uncomplicated and happy your life can become.” ~Paramahansa Yogananda

“People normally cut reality into compartments, and so are unable to see the interdependence of all phenomena. To see one in all and all in one is to break through the great barrier which narrows one’s perception of reality.” ~Thich Nhat Hanh

“The Earth is alive and contains the knowledge you seek. It is your consciousness that determines what it reveals. How to access this knowledge? And where are the keys to open it and make it yours? The Earth speaks. Love her, honor and respect her and she will reveal her secrets.” —Barbara Marciniak

29 Responses to Shifting Paradigms: Aligning with the Wisdom of Nature