Opting Out of Factory Model Schooling, by Ira Shor

Posted on October 3, 2015 by Christopher Chase

“All in all, for a long time educators have known “what works” for kids in schools and we have not been allowed to do what we know kids need and prosper from because most kids “have to be prepared” in school for a lifetime of compliance and subordination at work and in society.” ~Ira Shor 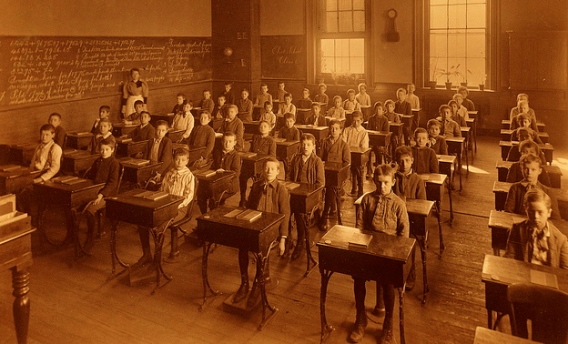 The factory model of education was practically born at the same time as factories. The earliest schools used rote learning and repetition of lessons. Results were so bad that in the 1870s the Chelsea, MA school board found that kids were able to recite grammar rules but not able to write.

They brought in the legendary Col. Francis Parker to transform the schools. Parker instituted what we now call progressive education— learning by doing, observations via field trips into nature, writing about experience, hands-on activities.

Results in a few years: Chelsea district rose to the top in Massachusetts state. Col. Parker went on to become Superintendent of Chicago Schools, gave lectures to teachers around the country eager to hear about this “new method” of active/interactive child-centered learning. Later, John Dewey acknowledged Parker as “the father of progressive education.” 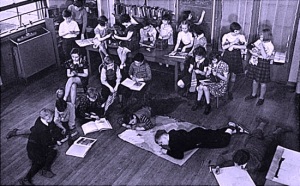 American public schools have always been factories for the working-class students absorbed en masse into them, except for those districts inspired by Parker and later Dewey. Progressive child-centered education at its height in the 1920s-30s affected about a third of school districts (see photo left, from the Frances Parker school, 1938) and not all schools equally or evenly in those districts, according to education historian Larry Cuban.

For the most part, the factory model has predominated the official curriculum designated for the “common” students in the “common” schools, with exceptions after WWI and then again in the 1960s and 1970s when mass movements were changing political culture in America (only to be reversed in the 1980s and after).

All in all, for a long time educators have known “what works” for kids in schools and we have not been allowed to do what we know kids need and prosper from because most kids “have to be prepared” in school for a lifetime of compliance and subordination at work and in society. 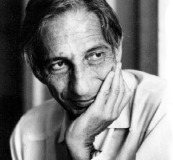 Forty-plus years ago, the great scholar Ivan Illich predicted that schools would be dis-established, in his book Deschooling Society. He expected informal learning networks to replace the bureaucratic futility and immense administrative costs of institutional education.

Learning networks of all kinds did emerge along with alternative schools in the public and private sector. But the mainstream school system did not dissolve. Instead, there began in the 1970s a series of conservative campaigns which grossly intervened in public schooling and brought us to the disastrous moment we’re now in.

The conservative cycles of reform began with vocationalism in the early 70s (“career education” k-12 to grad school), moved on to declaration of a bogus “Literacy Crisis” (see the famous December 8, 1975 cover story in Newsweek), then on to competency-based skill evaluation (launch of massive state-by-state testing and emphasis on basic skills), then to “education for excellence” (see the Paideia Program of Mortimer Adler in early 1980s). 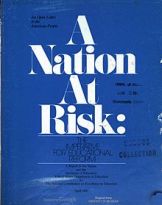 In 1983, the most widely-read federal report on education called A Nation at Risk, debuted in the Rose Garden of the Reagan White House (and alarmingly declaring American schools are in a crisis sinking this nation’s economic competitiveness with “smart” Japan and Germany), then on to Ed Hirsch‘s Cultural Literacy campaign, in 1987 (to turn k-12 into a factoid factory via his list of 5000 need-to-know cultural items), and onward to NCLB, RTTT, CCSS, PARCC, SBAC and the ugly private war on public education we are facing now, financed by billionaires and forced on districts by their government cronies.

The current assault on public education is a long-developing crisis envisioned 44 years ago in the legendary Powell Memorandum (google it, Aug. 23, 1971) which warned that the mass movements of that era were a threat to America and something must be done by leaders of the corporate business community to turn the tide, especially in public secondary education and on college campuses (as well as by organizing to control the “liberal” media, consumer activism and politicians).

While this right-wing reversal of democratic movements made its way across the decades, a neoliberal thrust emerged globally to transfer wealth from the public sector to the private sector, to diminish democratic rights of peoples, to enhance the power of wealth over politics and policy, and to dismantle labor unions. 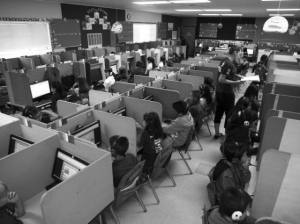 Neoliberalism is the umbrella for the corporate war on public education, as the private charters drain public district budgets and factory model schooling is enforced through national standards, teacher “accountability” and widespread mandatory high-stakes testing.

How to stop it?

We’re already underway with the massive Opt-Out movement, thanks to United Opt-Out (Peggy Robertson, Morna McDermott and others) and the campaign in NY (see Jeannette Deutermann’s video below).

If Opt-Out continues growing across the nation, incorporating larger and large numbers of students, parents, communities, and districts, the privatization warriors will be defeated despite the billionaires like Broad, Gates, and others behind them. Our best weapon now to defend the public sector is Opt-Out, no question.

“One of the most distressing characteristics of education reformers is that they are hyper-focused on how students perform, but they ignore how students learn.” ~Diane Marie

“I never blame teachers or schools… But there is this deadly culture of standardizing, that’s being pushed on them, politically. My core message here is that we have to personalize education, not standardize it. That all children are different, and we have to find their talents and cultivate them.” ~Ken Robinson

“What is education for? Is it for pouring facts and formulas into students’ heads, or is it for creating learners? Research shows that an environment that emphasizes evaluation and testing creates a fixed [achievement] mindset. That is, it sends the message that intellectual abilities are fixed and that the purpose of school is to measure them. Students come to see school as the place to look smart and, above all, not look dumb— not a place to create and learn.” ~Carol Dweck

“Creating a society that goes against human nature is what creates the suffering… We live in a completely unnatural society, that actually tramples on what it means to be a human being. That’s the essence of suffering, and there are so many ways in which our society does that.”  ~Dr Gabor Mate

“Given that the education system is seen to be in trouble, there is a tendency to think we need “better management” or “tougher management”, where “management” is assumed to be the factory model of management. It is assumed to mean more top-down management and tighter controls, and more carrots and sticks. It is assumed to mean hammering the teachers who don’t perform and ruthlessly weeding out “the dead wood”. The thinking is embedded in Race to the Top and No Child Left Behind. These methods are known to be failing in the private sector, because they dispirit the employees and limit their ability to contribute their imagination and creativity; they frustrate customers, and they are killing the very organizations that rely on them. So why should we expect anything different in the education sector? When the problems have been caused in the first place by introducing the practices of “management”, then a more rigorous pursuit of this type of “management” only makes things worse…” ~Steven Denning, Forbes magazine, 2011

“The factory model was developed to ensure quality control and produce identical “consumer” products cheaply. It is NOT an approach that should be used with children. Modern researchers and professional educators have come to understand that the human brain is wired for learning, and that the most effective methods of education are aligned with how children naturally learn.” ~Christopher Chase

“This private war on public education is not about “learning” or “cognitive development” of kids or “closing the achievement gap” etc., it’s about looting the education sub-sector and undermining two large unions… It’s happened in all other sub-sectors of the American economy and it’s now education’s turn.” ~Ira Shor, Looting the Education Sector

Co-creator and Admin of the Facebook pages "Tao & Zen" "Art of Learning" & "Creative Systems Thinking." Majored in Studio Art at SUNY, Oneonta. Graduated in 1993 from the Child & Adolescent Development program at Stanford University's School of Education. Since 1994, have been teaching at Seinan Gakuin University, in Fukuoka, Japan.
View all posts by Christopher Chase →
This entry was posted in education reform and tagged education reform. Bookmark the permalink.

7 Responses to Opting Out of Factory Model Schooling, by Ira Shor