Is the Opt Out Movement Destined to Grow (Transform)?

Posted on September 28, 2015 by Christopher Chase 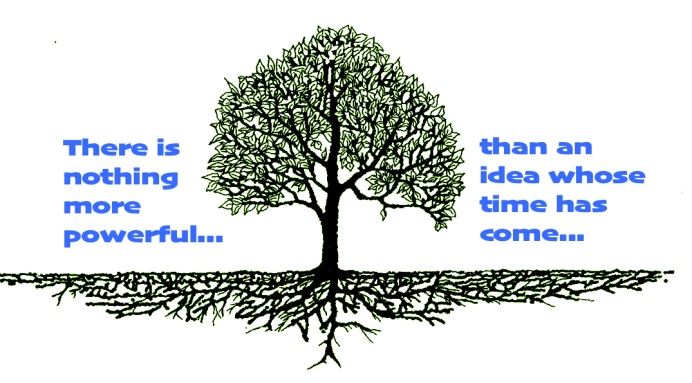 By going on the offensive- holding nation-wide marches, walk-outs, sit-ins, boycotts, workshops & teach-ins: organizing coordinated local actions simultaneously in all states to focus attention upon and “take out” the corrupt and destructive forces strangling our children’s education and causing them psychological harm.

By focusing attention on the strengths of our position as compared to the weaknesses of the reformers- both research evidence and the law support our position, while their house is built on sand and deceptions.

By focusing on education, action and creative collaboration, asking our children to join us in speaking out, holding local teach-ins, protests & community meetings where people share the truth about what they have experienced and observed, speaking out about the suffering current education reforms has caused for children.

Because the Opt Out movement has the potential to do this. The movement has the strongest base, broadest network and deepest roots of all the anti-reform movements so far, and has been the most successful.

Because the powers that be are already trying to co-opt and weaken the Opt Out movement. By becoming more pro-active and developing offensive strategies the movement will grow even stronger. We must focus on changing and strengthening laws, to protect our children.

Because there are many who need our help. While refusing the tests helps those children who Opt Out, many others are still being crushed and harmed by this insanity. By taking offensive action we’ll grab more media attention, which could speed up a resolution, turn the tide, create stronger laws and restore sane policies to our schools.

Because the powers we are fighting have weaknesses and will hopefully fall more quickly if we develop a wide range of offensive strategies. If we resist testing without taking away their “authority” they will continue to plot and plan ways to manipulate and control education.

Because the reformers are smart, and as long as they maintain power will pose a threat to our children. In Japan and other parts of Asia, for example, only a few tests are high-stakes, but constrain education because they serve as gatekeepers and “entrance” exams to higher levels of education. In other words, in Asia “opting out” is not an option, because of the different way the system is rigged.

Because we will be teaching our children a great lesson, that you don’t just passively resist injustice, that in a democracy you often need to challenge authority and stop people who are harming others. That we the people have that power, which becomes magnified when we join together. That history is not just something we study in a textbook, its something we can all play a part in creating.

Because education can not be truly free and innovative until we win– For schools to become joyful, creative, supportive, effective and functional (rather than dysfunctional) communities of learning, the power hungry con artists and profiteers must permanently be “taken out” from their positions of authority and influence.

Because those who are most responsible must be held accountable – One of the great lies of the reformers is that teachers are the cause of problems in education, rather than wealth inequality, top-down social engineering and high stakes testing. Our children’s problems will not end until their natural human rights are legally protected and the inappropriate testing and practices of “factory model” education are put onto the ash heap of history…

Co-creator and Admin of the Facebook pages "Tao & Zen" "Art of Learning" & "Creative Systems Thinking." Majored in Studio Art at SUNY, Oneonta. Graduated in 1993 from the Child & Adolescent Development program at Stanford University's School of Education. Since 1994, have been teaching at Seinan Gakuin University, in Fukuoka, Japan.
View all posts by Christopher Chase →
This entry was posted in education reform and tagged education reform. Bookmark the permalink.

1 Response to Is the Opt Out Movement Destined to Grow (Transform)?