Awakening to Awareness of Our Life Force – Ken Carey

Posted on November 8, 2014 by Christopher Chase

“When you define yourselves in isolation, your senses deceive and blind. They lock you into a fractional perception of the universe in which you live. Cultural illusions become your reality, filtering and misinterpreting everything you perceive. Like murky glass, they intervene between you and your understanding of self and world.

When you accept the understanding that accompanies the awareness of your life force, you are defined no longer in the static images of yesterday’s experience but in active universal participation. You know yourself as an agent of the continuing creation that is the great purpose and the great joy of these material realms.

Though opening to life force awareness is as easy as relaxation, deliberation is needed to sustain such openness in a society where subconscious patterns continuously beckon you back into their familiar habits.

One Being is the source of all creatures. The life of that Being shines through the multiple prisms of diverse worlds, refracting, reflecting, becoming the many, yet remaining ever one in essence, like the colors of a spectrum or the cells of a body.

All that stands between you and awareness of the Being at the source of life can be released as easily as a sigh. Even now, you are but a breath away from a subtle perceptual shift that allows your identity to be transformed from solitary individual to the source of every individual, from the object of attention to the very flow of attention itself, from the contents of consciousness to the awareness that brings all content to light…

There is only one who sleeps, though that one sleeps beneath billions of varying blankets of human illusion. And there is but one who awakens, and awakening, wears the blankets of former illusion as transformed robes of luminous biology…”

Words from “The Third Millennium: Living in the Posthistoric World“ 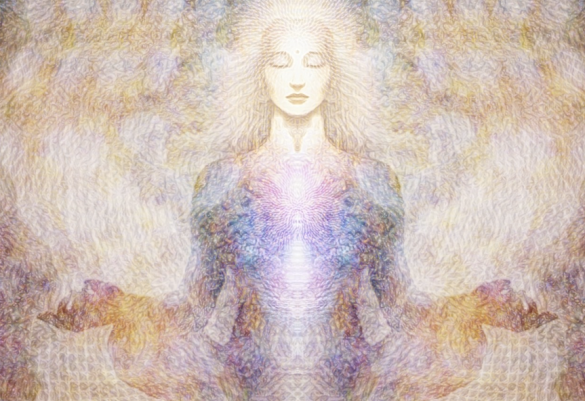 “Sentient beings are attached to forms and so seek externally for Buddhahood. By their very seeking they lose it. If you would only rid yourselves of the concepts of ordinary and Enlightened, you would find that there is no other Buddha than the Buddha in your own Mind. Buddhas and all sentient beings are the One Mind and nothing else. This Mind is no mind of conceptual thought and it is completely detached from form. So Buddhas and sentient beings do not differ at all. If students can only rid themselves of conceptual thought, all will become clear..” ~ Huang Po, Zen Patriarch

“Develop the habit of thinking of yourself as Consciousness, not as the body or a person.” ~Mooji

“If you can not find the truth right where you are, where else do you expect to find it?” ~Dogen

“All major mystical traditions have recognized that there is a paradox at the heart of the journey of return to Origin. Put simply, this is that we are already what we seek, and that what we are looking for on the Path with such an intensity of striving and passion and discipline is already within and around us at all moments. The journey and all its different ordeals are all emanations of the One Spirit that is manifesting everything in all dimensions; every rung of the ladder we climb toward final awareness is made of the divine stuff of awareness itself; Divine Consciousness is at once creating and manifesting all things and acting in and as all things in various states of self-disguise throughout all the different levels and dimensions of the universe.” ~Andrew Harvey

“When we see the Beloved in each person, it’s like walking through a garden, watching flowers bloom all around us.” ~Ram Dass

“The sense of self can drop away at various times, but rarely as a result of some conscious effort to have that self-sense drop away. That is because the self-sense identity is a subconscious projection not unlike the identity we seem to be while dreaming during sleep. It’s not the result of a consciously controlled intention. Here’s a description of what occurred here one time:

There was suddenly a moment of the complete cessation of the “me-self” model. It spontaneously dropped away after reading texts by the Buddhist masters Nagarjuna and Chandrakirti. The space in the crown became vast borderless clarity, clear light. The same in the throat chakra and heart chakra; as though three knots were cut through, leaving an open space of center-less awareness; like a frameless window opened in all directions. It’s like the floor drops out from under suddenly along with the ceiling and walls; revealing a sense of boundless freedom belonging to no one.

The “me-self” identity was seen to be a mere label as an implied owner of “it’s” parts as thoughts, preferences, intentions, actions, feelings, sensations, perceptions and memories. What is an individual “person” without these? Do we ever find the “person” independent of these parts? Without these parts can any “person” be found to exist?

Thoughts occur. Preferences occur. Intentions occur. Actions occur. Feelings occur. Sensations occur. Perceptions occur. Memories occur. But none of these occurrences require an owner or central self that perceives them or does them. The “person” is merely an after-thought imagined by the mind.”   ~Jackson Peterson, Dzogchen teacher

“Everything in the Universe is within you.” ~Rumi

Related- “Once You Know” by Alan Watts

* Spiritual by Nature: How Solar Energy Animates the World * Glimpses of a Creative Universe  * Poetry Surrounds Us – Vincent Van Gogh * Children of the Cosmic Dance  *  The Universe is One Harmonious Whole  *  You Are the Big Bang  *  How We Participate in the Creative Life of the Universe  *  Moving in Synch with the Universe  *

In the practice of meditation, this life force gets purified, and then the light of the atman shines forth. However, the working principle is still the life force. When this purified life force and the light of the Self merge into each other, then the concept, imagination, or mind, everything, is held at abeyance.

When anyone tells you to do some sadhana, with what can you do sadhana of any kind? It can only be this life force. This life force, instead of viewing it merely as an instrument, has to be treated – mentally accepted – as the highest principle in the world: that is, God, Paramatman, Ishwara, or whatever you want to call it…

By practicing meditation, diligently and continuously, this life force gets purified to such an extent that it attains divinity. Do you understand that this life force is God, and God is the life force, and be one with it.

Now when this life force and the highest principle become one in your meditation, then whatever is reached by this merger, signifies the moksha or awakening, liberation, call it whatever you like…”  ~Sri Nisargadatta Maharaj

“Many misunderstand Dzogchen by thinking rigpa or the “natural state” is a kind of insight that produces a new condition or state of consciousness. Because of this it seems like this “state” can be realized and eventually it will remain longer and longer over time.

That’s why there is no active practice condoned in actual Dzogchen. By simply being the undeniable knowing awareness that you ALWAYS are, without a special concentration required, yet not engaging or developing the various mental phenomena that arise, one rests as one’s default condition of simple, open aware knowing.

From this exceedingly powerful method, all secondary states of consciousness collapse into this default “ground of consciousness” effortlessly. The less actively done the better.

No fixed meditation posture is required. Just rest as that empty, clear observingness that requires no defined observer nor defined observables.

Then it is discovered that the sentient awareness is itself the default changeless “ground of consciousness” free of any sense of identity or self-reference. 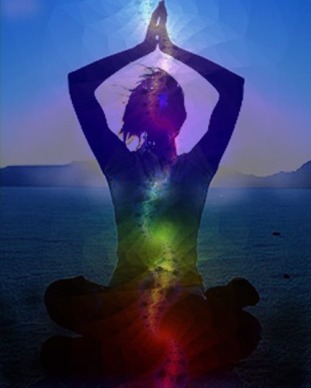