“You Are the Big Bang” – Alan Watts

Posted on September 5, 2014 by Christopher Chase

“Way out in space, and way out in time… billions of years ago, you were a big bang, but now you’re a complicated human being. And then we cut ourselves off, and don’t feel that we’re still the big bang. But you are.” ~Alan Watts 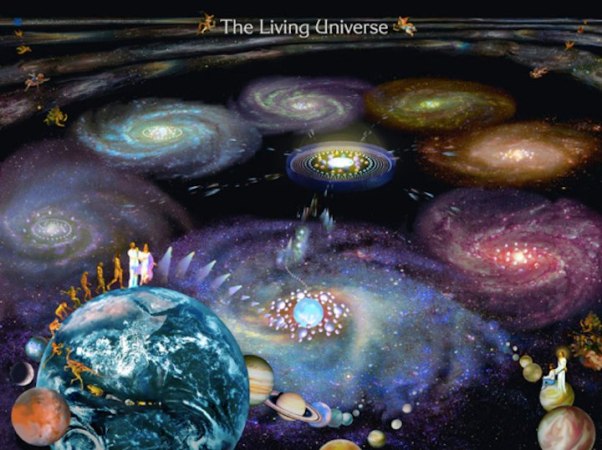 “It’s like you took a bottle of ink and you threw it at a wall. Smash! And all that ink spread. And in the middle, it’s dense, isn’t it? And as it gets out on the edge, the little droplets get finer and finer and make more complicated patterns, see?

So in the same way, there was a big bang at the beginning of things and it spread. And you and I, sitting here in this room, as complicated human beings, are way, way out on the fringe of that bang. We are the complicated little patterns on the end of it. Very interesting.

But so we define ourselves as being only that. If you think that you are only inside your skin, you define yourself as one very complicated little curlique, way out on the edge of that explosion. Way out in space, and way out in time… billions of years ago, you were a big bang, but now you’re a complicated human being. And then we cut ourselves off, and don’t feel that we’re still the big bang.

When I meet you, I see not just what you define yourself as– Mr so-and- so, Ms so-and-so, Mrs so-and-so– I see every one of you as the primordial energy of the universe coming on at me in this particular way. I know I’m that, too. But we’ve learned to define ourselves as separate from it… ”

“A human being is a part of the whole called by us universe, a part limited in time and space. He experiences himself, his thoughts and feeling as something separated from the rest, a kind of optical delusion of his consciousness. This delusion is a kind of prison for us, restricting us to our personal desires and to affection for a few persons nearest to us. Our task must be to free ourselves from this prison by widening our circle of compassion to embrace all living creatures and the whole of nature in its beauty.” ~Albert Einstein

19 Responses to “You Are the Big Bang” – Alan Watts